Sit back and learn a bit more 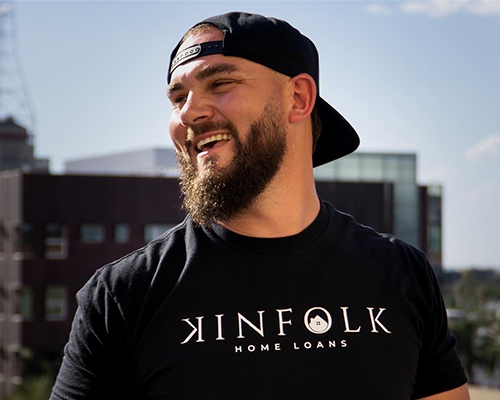 Cody hails from Bullhead City Arizona, from humble beginnings. He excelled in academics and athletics, leaving his hometown and moving to the Phoenix metro area in 2008. Cody attended Arizona State University from 2009 to 2012. From 2012 on he worked in the hospitality and fitness industry and then found his home in the mortgage industry. Cody spent 7 years at the largest mortgage company in the US,  he excelled rapidly within the organization. For 6 out of the 7 years, he was a top leader in the organization, leading hundreds of loan officers to success, building incredible lives. Mr. Adams won many awards as an originator and as a leader. His innovative thinking, passion for culture, and focus on executing led him eventually to a vice president position for his last 14 months in tenure. Coinsidially,  his love for entrepreneurship was a fire that ultimately he could not tame, and made a hard decision to leave the organization and start Kinfolk Home Loans. He is passionate about self-improvement and optimization and loves sales. He is strong-willed and opinionated so much so he has 2 podcasts on major platforms. Cody is an avid golfer, fitness lover, travel connoisseur, and loves to spend time with his friends and family. 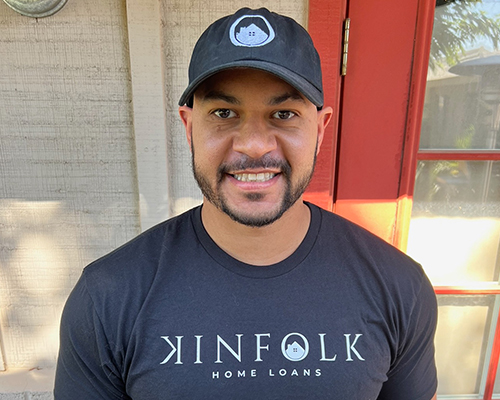 Scott was born in Anaheim California and early on ,he moved to Bullhead City. Quite the dramatic landscape change! There he met longtime friend, and CEO Cody Adams at 8 years old! 20+ years of friendship and counting! From there the two grew up together and both moved on to Phoenix in 2008 to pursue playing college football. Scotty (aka Cam) attended Arizona State University from 2009 – 2012 where graduated with BS in communications. He dipped his toe in the working force first in the trucking and retail phone industry to build his skill set. In 2014, Scott found himself at one of Americas largest lenders for nearly a full decade winning many awards and helping thousands of clients. In that role, he mastered the refinance industry leading the company time and time again as a top performing banker. His strive to provide uncanny award-winning client service and legacy led him to want to create something of his own. In 2022 Cam decided to team up with non-other than The CEO of Kinfolk as the Chief Loan Officer. Scott will continue pave the way for new bankers that come to the company as the example.  Scott lives in Chandler with his girlfriend, Kat and their dogs, which he named, Scooby and Simba. 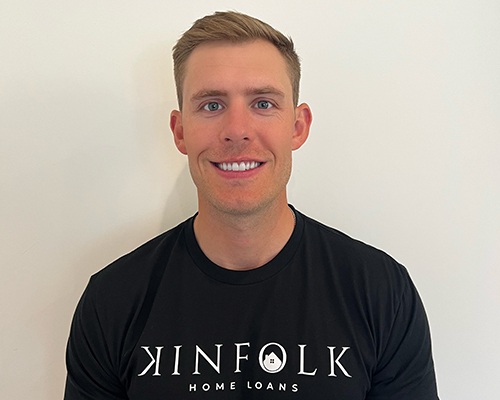 Connor is Arizona born and raised. From a sports background in hockey and football into his career in leadership and finance. Started out in the heart of phoenix transitioning into the cave creek area and Rio Verde outskirts of town. Connor has lived just about everywhere in Arizona and has been helping families with their finances for almost a decade now.  Connor was a top loan originator at one of the country’s largest mortgage companies and quickly rose through the ranks into upper leadership teaching hundreds of new loan originators the tools they needed to communicate and help families all over the country. With years and years of experience it is hard to find a situation Mr. Cozen cannot handle when it comes to finance or teaching. After a long career of teaching and originating loans his long time mentor and best friend our very own CEO Cody Adams asked him to take the leap and assist him in building Kinfolk home loans and he made the jump to assist us in building this company you know today. 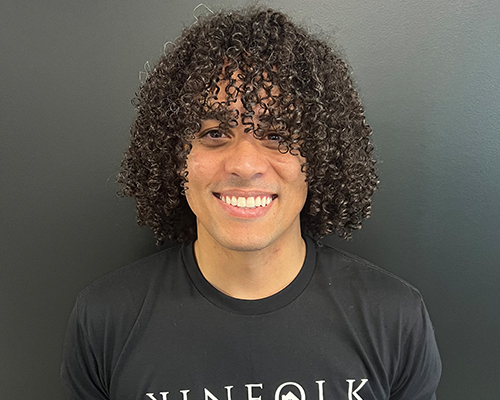 Casey was born in Orange, California but moved to Bullhead City very early on at 1 years old where he grew up playing every sport imaginable. It was there where he met both the Cody and Scott of Kinfolk. After graduating high school Casey went to the University of Arizona and then transferred to Arizona State University and completed his BS in biochemistry. After a chance encounter with a mortgage professional, Casey put his passion for science aside and jumped into the mortgage world. What he did not put aside however, was his inquisitiveness and analytical skills. He needed to know how everything works and was not satisfied specializing in any one field. He quickly worked his way up through operations before moving to a client facing role. If it has to do with a mortgage, Casey has done it; processing, underwriting, closing, title, loan officer, loan officer assistant, you name it. Casey currently resides in Phoenix with his girlfriend Shannon, their daughter Sabella and their dog Bolt.

It’s about who we are, less about what we do.

Competition fuels the soul. We never let up. Winners focus on winning; losers focus on winners. In any competition KINFOLK delivers and wins by a big margin, never looking in the rear-view mirror. We put points on the scoreboard no matter how many points we have put up already.

People #1, numbers #2. Our company cares about our clients and each other equally. We have the utmost respect and professionalism towards each other. Our emotions are consistent. Our personality is authentic. We focus on deep long-lasting relationships. We empathize, never sympathize. Our goal is to be their network’s mortgage shop for life.

Win on me, lose on me mentality. We always look in the mirror first, and we do not point fingers. We are victors through adversity, NEVER victims of circumstance. We do not make excuses.

The devil is in the detail. There is value in inefficiency. Integrity in action. Your word is your bond. We always do the right thing. We always do the little things. We do what we say we’re gonna do with urgency and the utmost respect. We tell the truth to our clients and to each other even if our voice shakes. Feedback is a gift, and we believe in it. Every single situation, always.

Do Better. Be Better.

We hold ourselves and each other to the highest standards. We believe in STANDARDS > feelings. We demand excellence of ourselves, our agents, and clients. We get better. Every single day we get better at our craft. Inside and outside the office we strive for optimization and efficiency. We are planned and we have zero egos. We get better together, and we challenge each other to do better daily.

If you are truly passionate about what you do and love what you do you never work a day in your life. At our shop, we understand that your career and life are integrated. We have 168 hours in a week, and we need to take advantage of every single second we are blessed to have. Are you present? Are you planned? Is what you’re doing right now making you money and putting you closer to your goals? Priorities. Awareness.

We stand and fall together. Not one of US is more important than the other. Our focus is the same, always. We are a family, and all are welcomed. Your family will always come first, we support you. All voices are heard, and all feedback is welcomed. You belong.

Let us help you Refinance or Purchase your home.

Mortgage with the best rate. The right way. The first time. We are your mortgage family. WE ARE KINFOLK.